Sadly, we had to say goodbye to the squirrel hunter - our dog 'Paddy' [proper name 'Padstow', also known as 'Mr Stow' and many other versions of his name]. 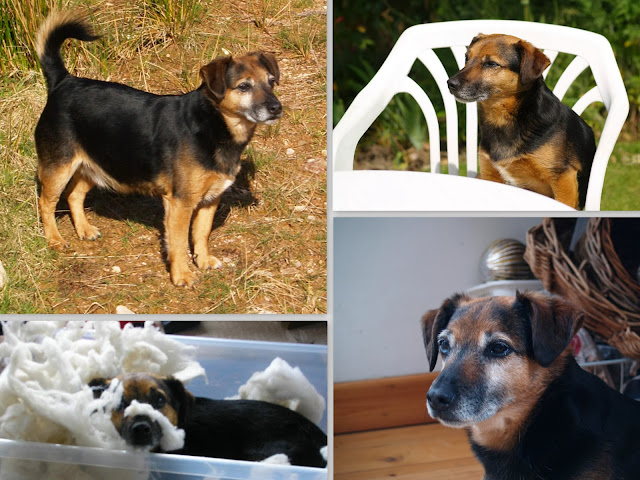 He was a friend and companion for 13 years. He was loyal and gentle - but also extremely stubborn when he chose - usually when he was still keen to walk and we were tired and needed to head for home.
Paddy's zest for adventure led to some interesting experiences - like when - as a puppy - he ate a jellyfish at Westport in Kintyre.  We wondered if that had slightly scrambled the little dog brain, because he was a bit daft at times after that trauma. He and his sister Rosie [who found a new home after a year or two] were sometimes to be found dancing on the loading ro-ro ramp of the Campbeltown to Ballycastle ferry in Campbeltown harbour. They were supposed to be safely in our back garden, but our cat, Bill [of whom more some day perhaps] taught Paddy and Rosie to climb the tree in the corner of the garden and thus established a convenient route to freedom ... and trouble. 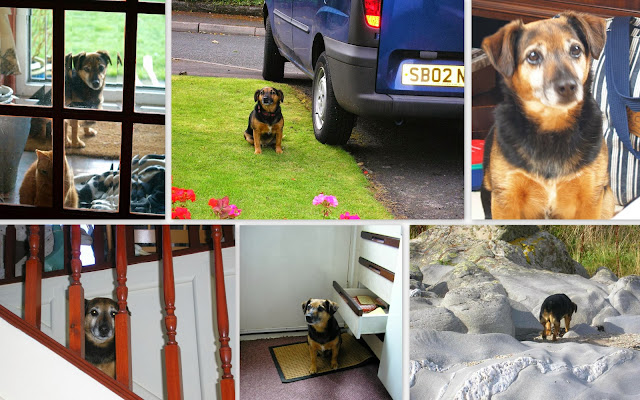 Paddy was also affable, affectionate.. and sometimes very moody. He would look at you with a 'you-are-really-quite-bad-to-me-and-you-should-treat-me-much-better-really' sort of face, and if he felt you were not responding enough he would go off in a sulk. Latterly, he just became 'Pushy-dog' - insisting on having his way, regardless of words to the contrary. However, we all get a bit like that when we are older, don't we?
...Just me, then. 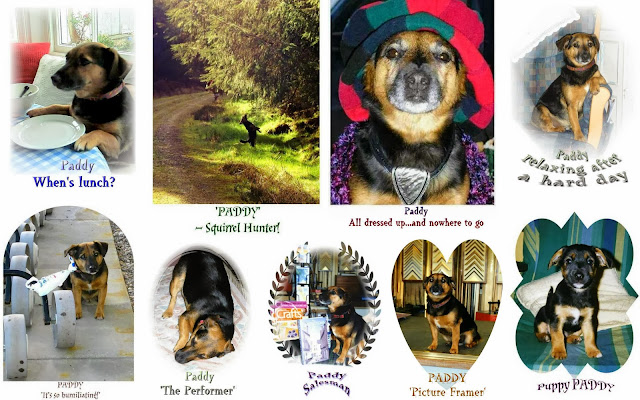 He was also the only dog of my acquaintance to have his own range of greetings cards [see above]. However, when old age brought on the 'Grumpy Old Dog' attitude and he had to stay at home because he could no longer be trusted to speak nicely to gallery visitors, his card sales fell away.

He continued for several years after that, and I doubt that he cared much what his card sales figures were. He still holds the record for the 'most frequent leg-lifting in a single walk along Kilkerran promenade in Campbeltown'. This feat was much remarked on by other dog owners.

He went everywhere with us - pretty much - and when his final illness took over, he still stayed chipper when out walking. He especially enjoyed his last holiday on the Isle of Mull - despite the presence of the young interloper, 'Tessi' [aka 'Baba'; 'Bamboon'; 'Boo'; etc]. This terrorist of a mutt troubled Paddy sorely in his last year, although he was more than a match for her when she got too uppity. 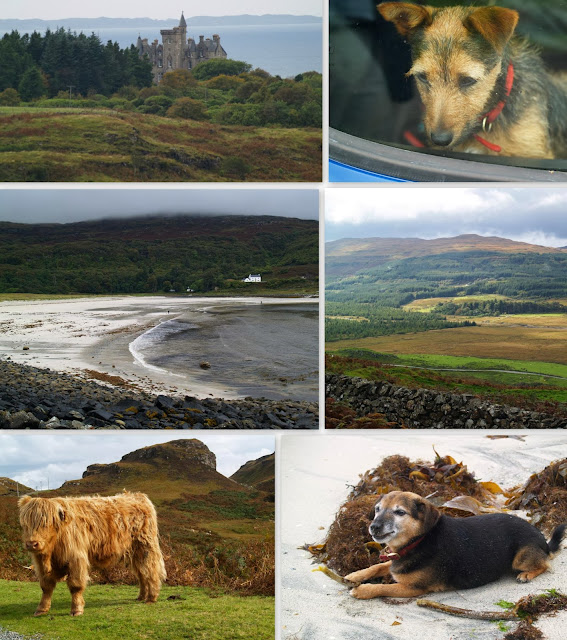 We are happy that the 'old feller' was peaceful at the end, and now rests with other pets he has known over the years. Paddy, however, was more than a pet - a very intelligent animal, he learned a means of communicating with us which left no doubt what he was saying. 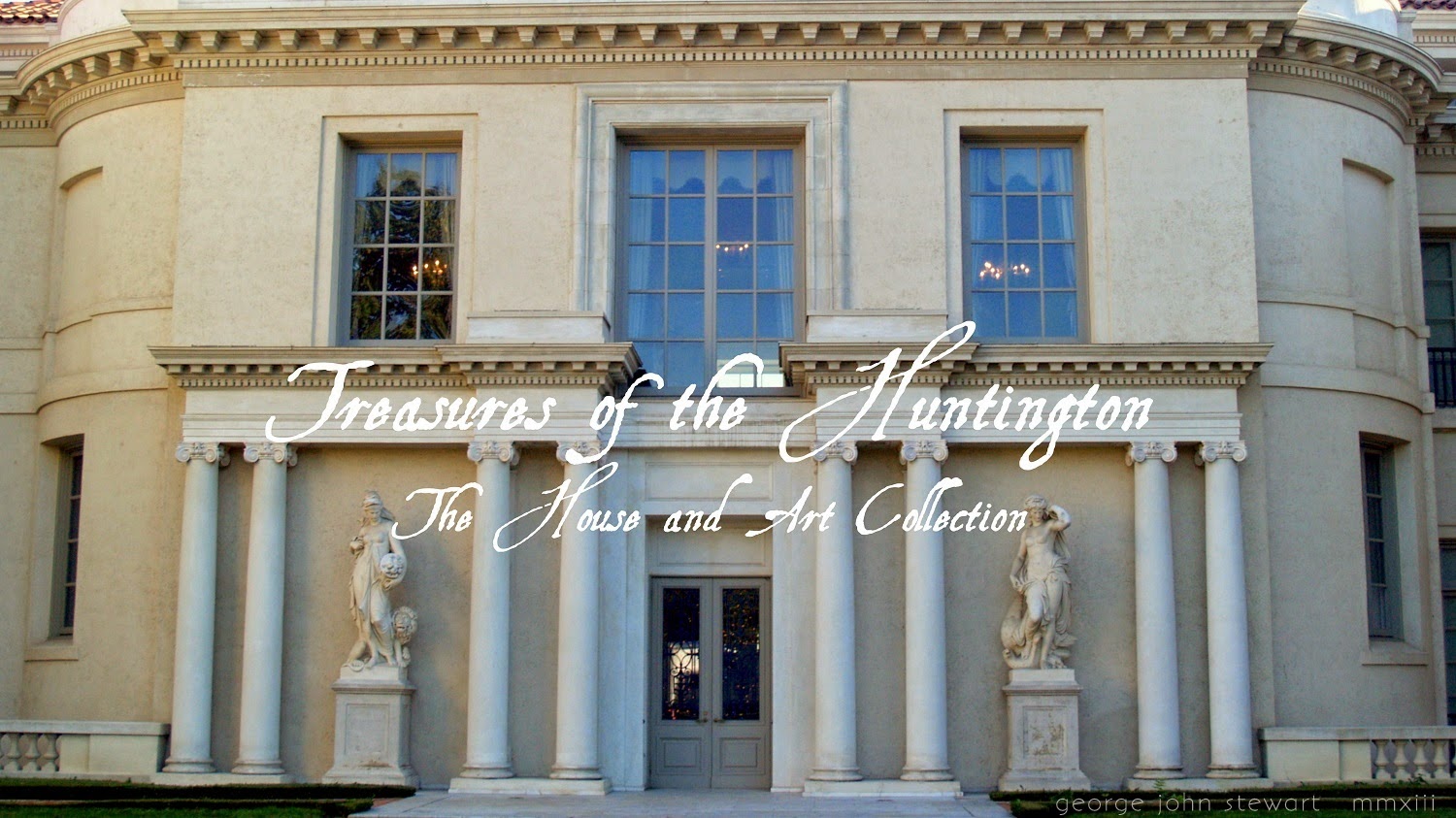 Treasures of The Huntington: The House and Art Collection - Part 9 of 10 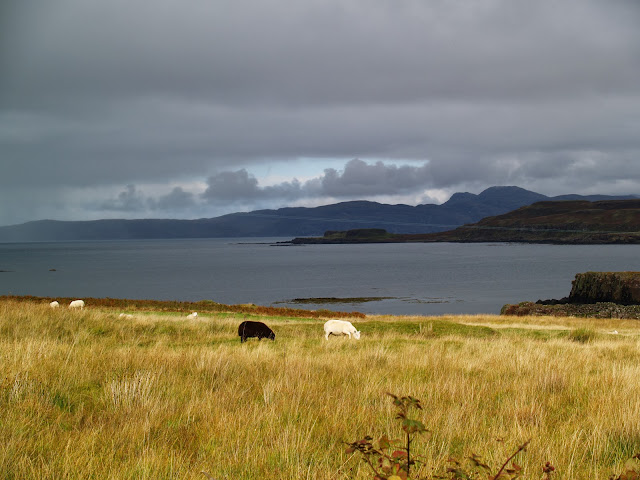